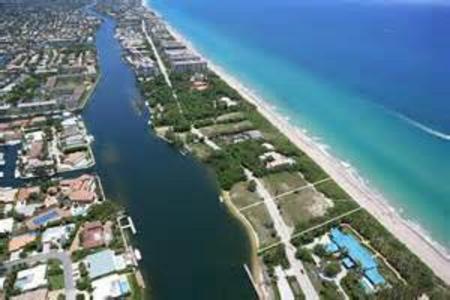 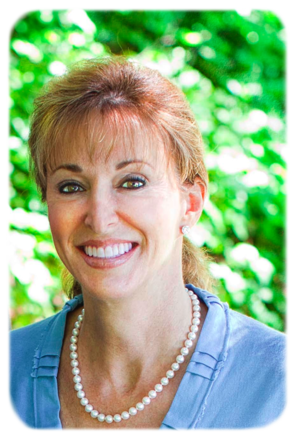 Severe Flooding at the South End of Town 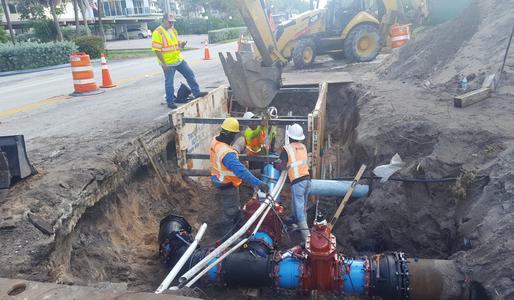 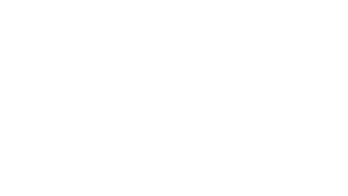 ...and after a sand nourishment!

I was elected to the Hillsboro Beach Commission in 2015.  There were a number of long-standing, critical issues facing the Town at that time.  These issues were primarily a result of three things:

For decades, part-time elected officials in Hillsboro Beach ignored the big issues facing our Town, opting instead for the status quo and the path of least resistance.  As a result, there were many hurdles to be cleared when I came into office in 2015.  After six years, I can say with certainty much has been accomplished.

On a day-to-day basis, the most meaningful improvement has been the addition of a Town Manager to monitor daily operations.  In addition, major infrastructure issues have been addressed with the replacement of both our ancient water and sewer mains.  Pending, and budgeted on the FDOT schedule, is the A1A project to raise the road to address flooding in the south end of Town.

Without a doubt, the single most important accomplishment of my six years on the Commission (five as Mayor, one as Vice Mayor) is the historic agreement reached with Deerfield Beach to address a half-century of neglect to our beach.  Yes, getting there was expensive, costing the Town approximately $2 million in legal fees.  However, that amount is minor compared to the cost of doing continued beach nourishments without the assistance of third-party funding and without mitigating the impact of Deerfield’s structures by covering them with sand – sand that ultimately feeds Hillsboro Beach.

There is still much I would like to accomplish before term limits require me to step down from the Commission.  With your support, I would like to fulfill a fourth and final two-year term.

Thank you for your continued support!

Traditionally, the general mindset in Hillsboro Beach was that a position on the Town Commission is a “part-time” commitment requiring just one meeting per month.  Hillsboro Beach elected officials dabbled in overseeing all areas of Town Administration (Finance, Water Plant, Building and Permits, Code Enforcement, Police, Fire/Rescue) for decades without the benefit of a professional Town Manager. While it may have seemed like a frugal arrangement, and therefore in the best interests of taxpayers, in fact, the Town was jumping over a dollar to save a dime.  Florida Sunshine Laws prohibit Commissioners from communicating with one another about Town business.  Without direct administrative oversight at Town Hall and with Commissioners forbidden to communicate, waste and abuse were rampant.  To name just a few problem areas:

My first priority after being elected to the Commission was to hire a Town Manager.  This entailed a Charter change, which entailed a ballot referendum.  The referendum passed by a huge margin, and by 2016, the Town had its first Town Manager providing daily oversight and efficiencies.

For decades, taxpayers in Hillsboro Beach have purchased sand for the northern end of town, only to watch it repeatedly wash out to sea.   Stated in 2015 dollars, $27 million taxpayer dollars have been spent for sand.  To put this in perspective, Hillsboro Beach’s annual budget is $5 - $6 million.  The last sand assessment, a 10-year tax, began in 2011.  The sand purchased was gone by 2014, yet taxpayers continued to pay for a beach that was no longer there until 2020.  Since 2014, the Town has done three small emergency nourishments with funds granted by FEMA as a result of Hurricanes Sandy, Irma, and Matthew.  (Hurricane Dorian also generated FEMA funds that are planned to be used for the first joint nourishment with Deerfield as described below.)

A more sustainable solution was in order.  Accordingly, in 2015, I initiated official efforts with Deerfield Beach to address the most direct cause of Hillsboro’s erosion – namely the Deerfield rock piles (groins).  More than 50 years after the Deerfield structures were installed in order to trap sand, the Town, for the first time, asked Deerfield to honor the conditions in the permits that allowed the sand-trapping structures to be built.  Specifically, those permits had a condition that stipulated downdrift damage is the responsibility of the Permitee (Deerfield).

Initial negotiations were unsuccessful.  On April 24, 2017, the Town filed a lawsuit against Deerfield Beach seeking a remedy to future erosion.  (According to multiple legal opinions, the recovery of past costs incurred was not possible.)  A trial date was set for October 2018.  The trial was subsequently delayed to allow a second round of negotiations in hopes of reaching a settlement.  The proposal resulting from those negotiations was presented in August 2019, but was completely unacceptable to the Town.  A new trial date was set for the Spring of 2020.  As the new trial date approached, Deerfield extended an olive branch and asked for a third round of negotiations.  The third time was a charm.  On October 6, 2020, on behalf of the Town, I signed a settlement agreement that provided the following major points:

In addition to the benefits for Hillsboro Beach outlined in the settlement, other benefits of settling instead of litigating include:

An historic event!  The success in reaching a settlement with Deerfield is indeed an historic event.  That said, it’s only the first step towards Regional Sand Management in the coastal cell between the Boca Inlet and the Hillsboro Inlet.  We still need to pursue dredgeable sand sources, and we need to be sure the terms of the settlement agreement are executed as intended for years to come.

The residents of Hillsboro Beach get water from the Town’s water plant in Pompano Beach.  The water main on the island was over 60 years old when I was elected to the Commission in 2015.  In November 2017, the project to replace the water main began.  The project took approximately one year and was completed in 2018.  The funds for this project were secured through a state revolving loan.  The loan will be paid off based on usage, and did not require an assessment to residents.

The sewer system in Hillsboro Beach is owned and operated by Broward County.  The existing sewer main was over 50 years old when I took office.  The County agreed to replace our entire sewer system (approximately a $6 million project) at no direct cost to Hillsboro Beach taxpayers.  The project turned out to be far more arduous and complicated than County engineers anticipated.  The narrowness of the island was a tremendous challenge and more extensive digging than planned was required because the old main was far deeper in many areas than originally mapped.  As a result, residents had to endure extended, unplanned road closures.  The County project, which had been specified to take one year, took 15 months and was completed at the end of 2019.

Although the sewer project was far more inconvenient for residents than the water main project, residents are extremely happy to have a new sewer system in place.  A series of recent sewer line breaks in surrounding municipalities (Ft. Lauderdale, Hollywood, Pompano) have caused serious health issues and damage to property and to the environment.  The sewer lines in these municipalities were installed at the same time as the old line in Hillsboro Beach.

Because A1A is a State road, we are dependent on the Florida Department of Transportation (FDOT) for deliverance from our flooding issues.

In December 2015, I began efforts to convince FDOT to address the frequent closures on A1A due to flooding in the south end of Town.  In early 2016, FDOT representatives agreed to raise the road on a temporary basis until a complete redo of A1A could be financed by the Department.  Subsequently, FDOT made the decision to forgo a temporary fix, and budgeted the project for a complete overhaul in the 2022 FDOT budget.  Design work began in 2019.  The time overrun of the sewer project caused a delay in starting the A1A design work, and COVID delayed things further.  As of late 2020, this project was at the 30% completion mark.  Construction is now scheduled to begin in late 2022, and will roll into the 2023 FDOT budget, with a one-year construction plan.

In six years, I accomplished four of the five goals I set when first elected, with the fifth project approved for 2022 – but there’s more to do!  Check out my “Goals for 2021-2023” to see what I plan to accomplish if re-elected.  With your support, I would like to fulfill a fourth and final two-year term.

Managing the demand for sand is ongoing.

The beach before a sand nourishment...

Our Beautiful Sea-side Town of 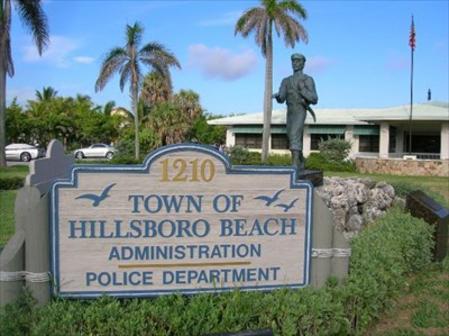 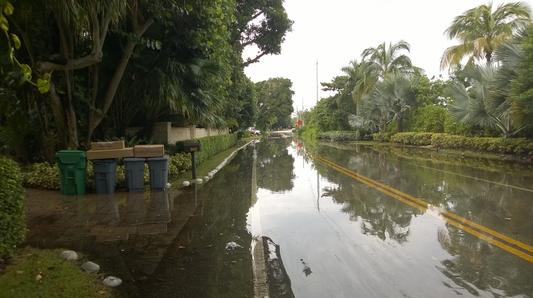 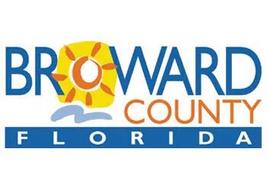 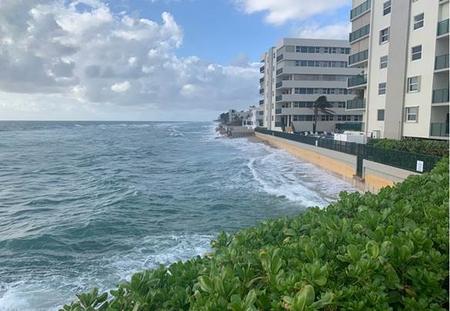 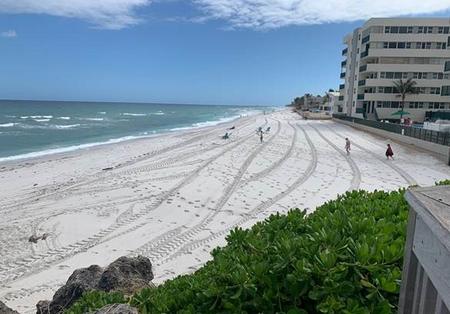 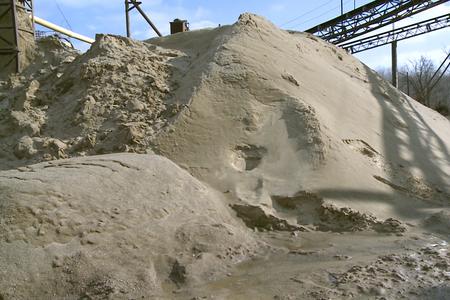 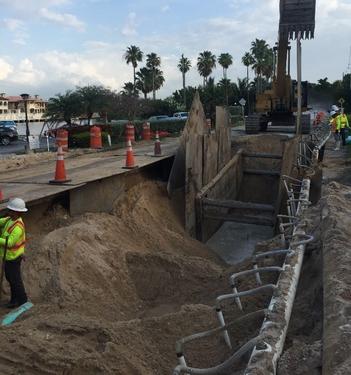 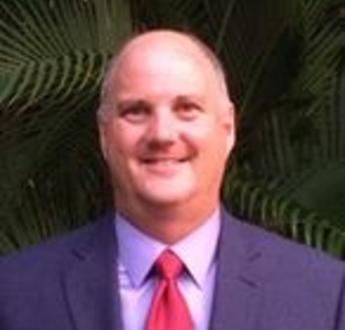